1/21. He gave $50 million of his $70 million earnings from The Matrix sequels to the special effects and makeup staff, saying “Money is the last thing I think about. I could live on what I have already made for the next few centuries.” On top of that, Keanu gave each member of The Matrix’s 12-strong stuntman team a Harley Davidson motorbike as a gift. Just because he’s a good guy.

2/21. While he plays a confident and badass hero in many movies, most people don’t know that his personal life is full of tragedy. His father actually abandoned their family, his best friend, River Pheonix, died in 1993, and his sister was diagnosed with leukaemia. He spent years and $5 million on her treatment.

3/21. His first name means “cool breeze over the mountains” in Hawaiian. 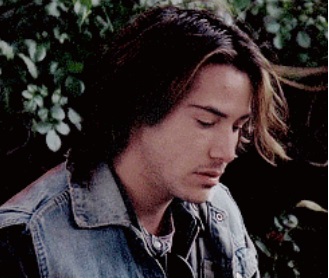 4/21. Early in his career, his agent thought his name was too exotic. He has been credited in some films as K.C. Reeves, Norman Kreeves or Chuck Spadina.

5/21. He’s not too concerned with how much he earns. He took pay cuts on The Replacements (90%) and The Devil’s Advocate ($2 million) so that Gene Hackman and Al Pacino could be cast in each film.

6/21. He’s dedicated. He learned over 200 martial arts moves for The Matrix Reloaded.

7/21. He knows how to live well. When asked in 1995 about his idea of happiness, he replied “Lying in bed with my lover, riding my bike, sports, happy times with my friends, conversation, learning, the earth, dirt, a beautiful repast with friends, family with wine and glorious food and happy tidings and energy and zest and lust for life. I like being in the desert, in nature, being in extraordinary spaces in nature, high in a tree or in the dirt, hanging out with my family, my sisters.”

8/21. He played an on-and-off again hockey game that lasted 10 years with strangers he happened to meet on the street one day.

9/21. He has a sense of humor about the Sad Keanu meme, saying “”My first experience with memes was Sad Keanu, and I thought it was funny!” 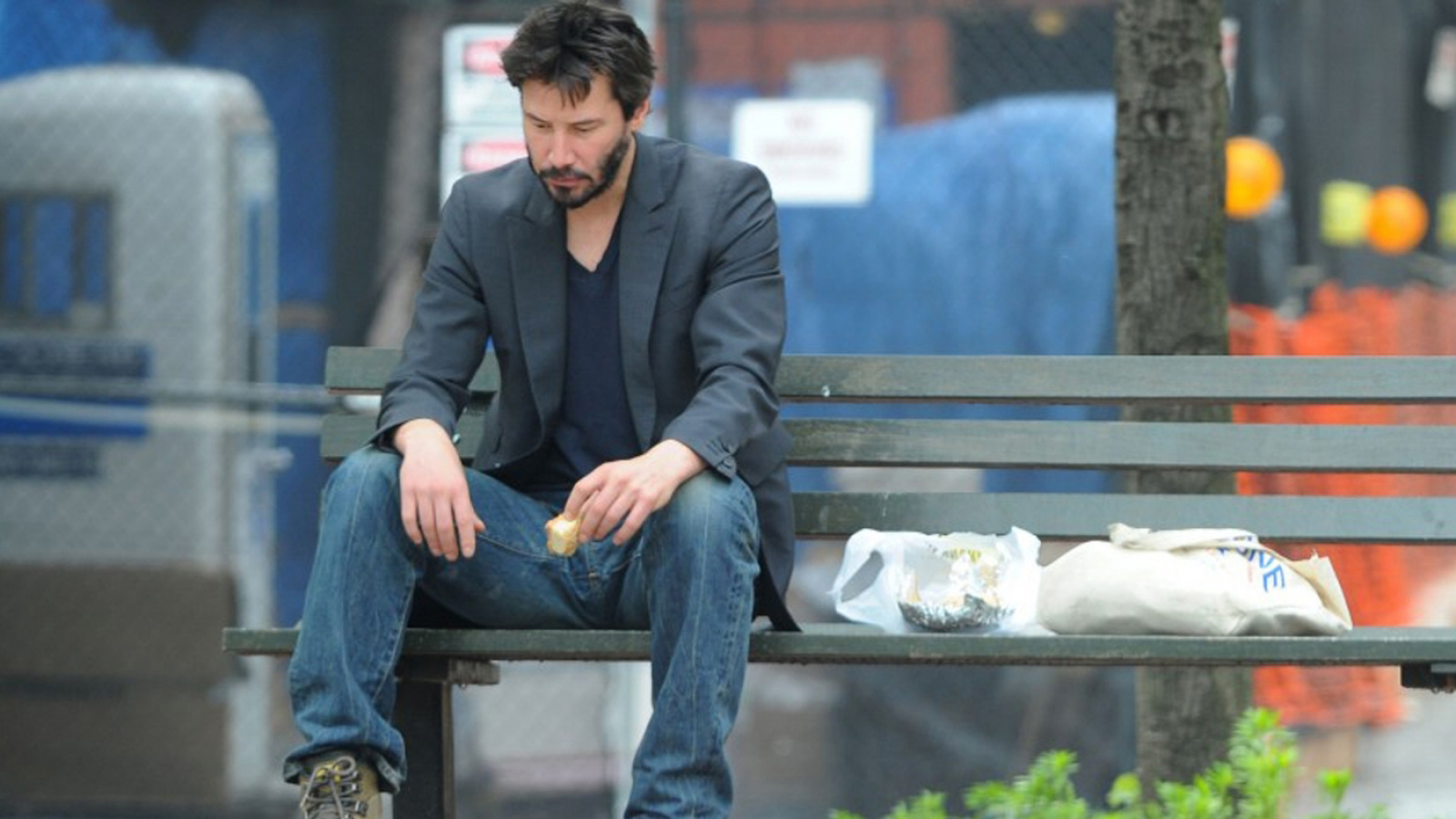 10/21. He borrowed one of Bruce Lee’s signature moves, rubbing his nose with a thumb and forefinger, for The Matrix.

11/21. While living in Toronto, Reeves attended four high schools in a span of five years and even got expelled once. On the expulsion, Reeves said: “I was just a little too rambunctious and shot my mouth off once too often. I was not generally the most well-oiled machine in the school. I was just getting in their way, I guess.”

13/21. He claimed to see a ghost when he was a child, saying “I remember just staring at this suit which had no body or legs in it as it came into the room before disappearing. It was a double-breasted suit in white and I looked at my nanny, who was just as shocked as me. I just couldn’t get back to sleep afterwards.”

14/21. During his initial rise to stardom, Reeves preferred to live in rental houses and hotels. He was a long-term resident of the Chateau Marmont. Around 2003, he bought his first house in the Hollywood Hills. He has since purchased an apartment in Manhattan on Central Park West.

15/21. In high school, Reeves was never into academics but took a keen interest in ice hockey. As team goalie, he earned the nickname “The Wall”.

16/21. Keanu Reeves marked his 46th with a solitary cupcake outside a warehouse and if fans stopped by to take photos, he gladly obliged.

17/21. Tragedy struck Keanu Reeves in December 1999, Reeves’s girlfriend, Jennifer Syme, gave birth to a stillborn daughter. Ava Archer Syme-Reeves was born prematurely, following an eight-month pregnancy. Eighteen months later, Syme died in an automobile accident. She was the sole passenger of the vehicle at the time of the accident.

18/21. Despite having dyslexia, Keanu loves books and is a voracious reader. 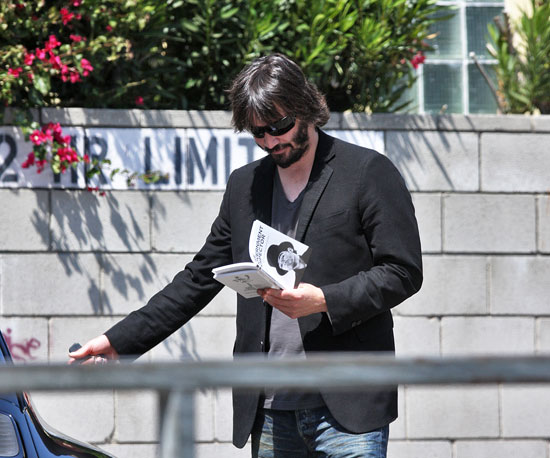 19/21. Reeves’s father earned his GED while imprisoned in Hawaii for selling heroin at Hilo International Airport.

20/21. Keanu was initially offered the role that eventually went to Val Kilmer in the movie ‘Heat’, instead opting to play Hamlet at a 789 seat theatre in Manitoba.

21/21. Keanu doubles as a rockstar! In 1991, Reeves began playing bass guitar for the grunge band Dogstar. The band is no longer together, however, music has remained a huge part of his life. In 1995 Dogstar opened for Bon Jovi in Australia and in 1999 the band even played at the famed Glastonbury music festival. 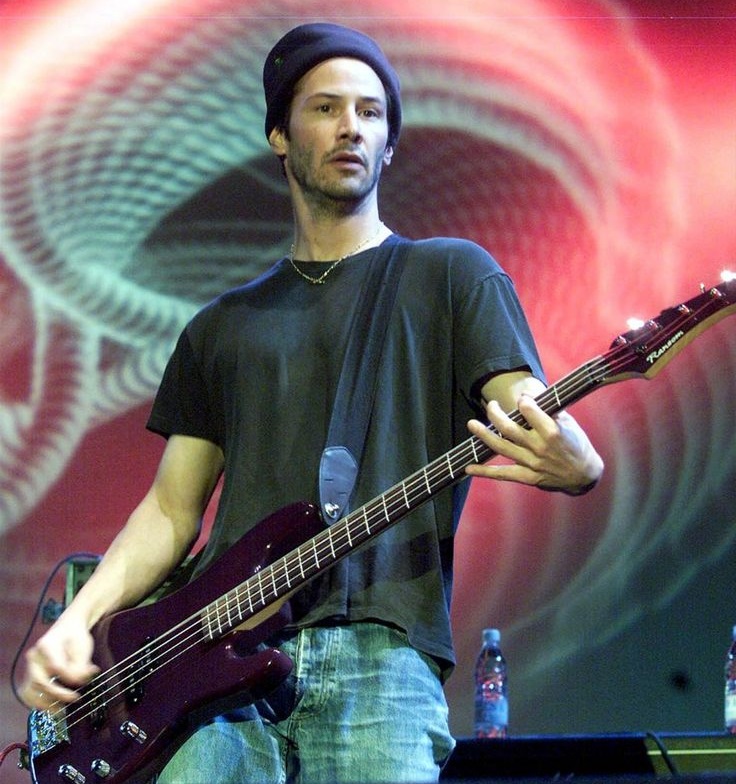