Some books are hard to read, but none are as difficult as the Codex Silenda. Why you ask? Because it actually won’t let you read it unless you’re smart enough to unlock it.

The laser-cut, hand-crafted, five-page wooden book is created by industrial designer Brady Whitney, who’s been raising funds for the project through Kickstarter.

“Each page features a unique puzzle that requires the reader to unlock the corresponding bolts in order to progress to the next page,” he says. “As the puzzler moves through the book, a story begins to unfold, depicting the story of an apprentice in Da Vinci’s Workshop who encounters the same Codex. However in the story the Codex acts as a trap set by Da Vinci to capture any would be spies/snoopy apprentices in order to protect his work. The only way to escape is to solve each of the puzzles before the master returns from his trip.”

Check out the photos of the book below. Photos and descriptions of each page’s challenge is included below too! 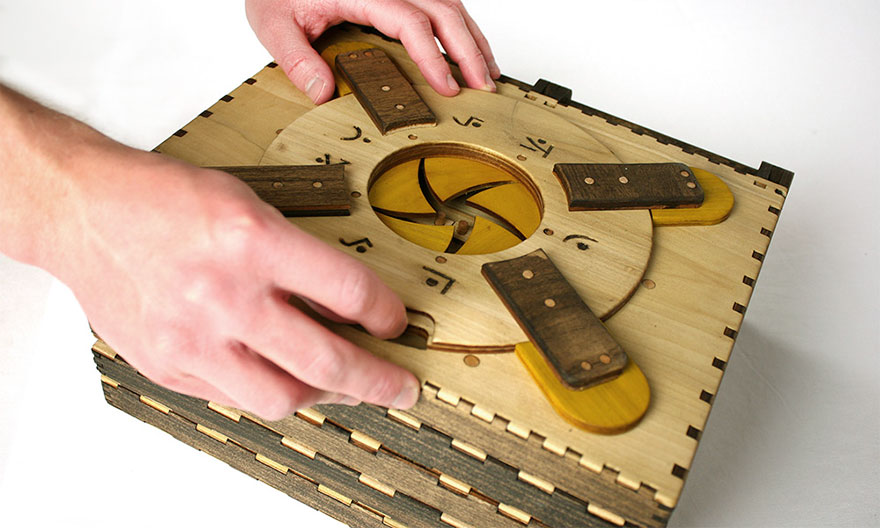 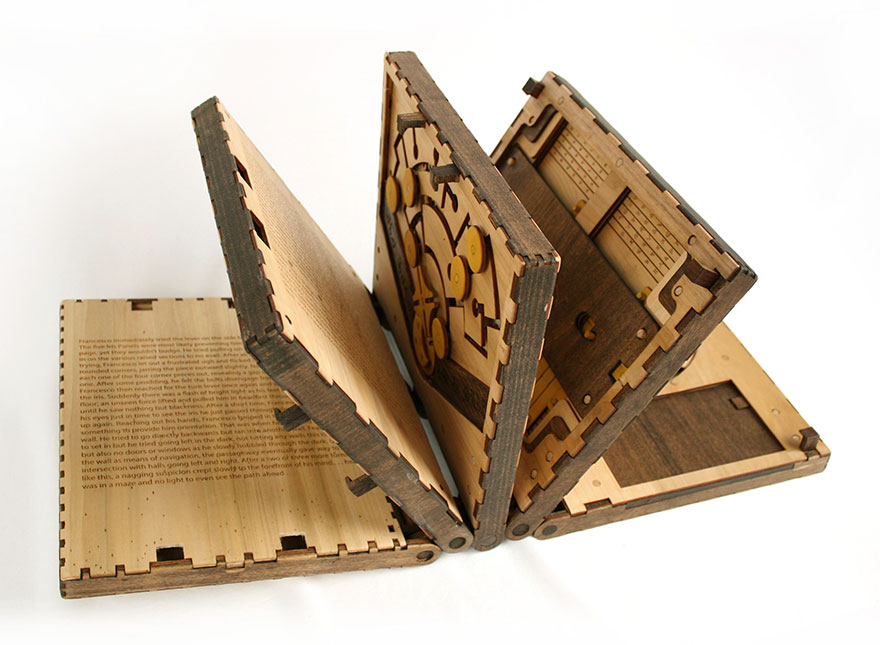 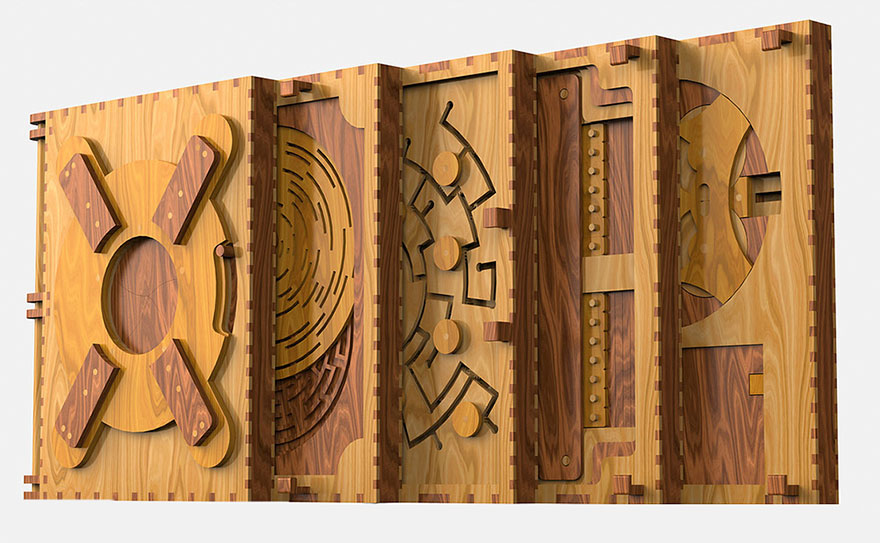 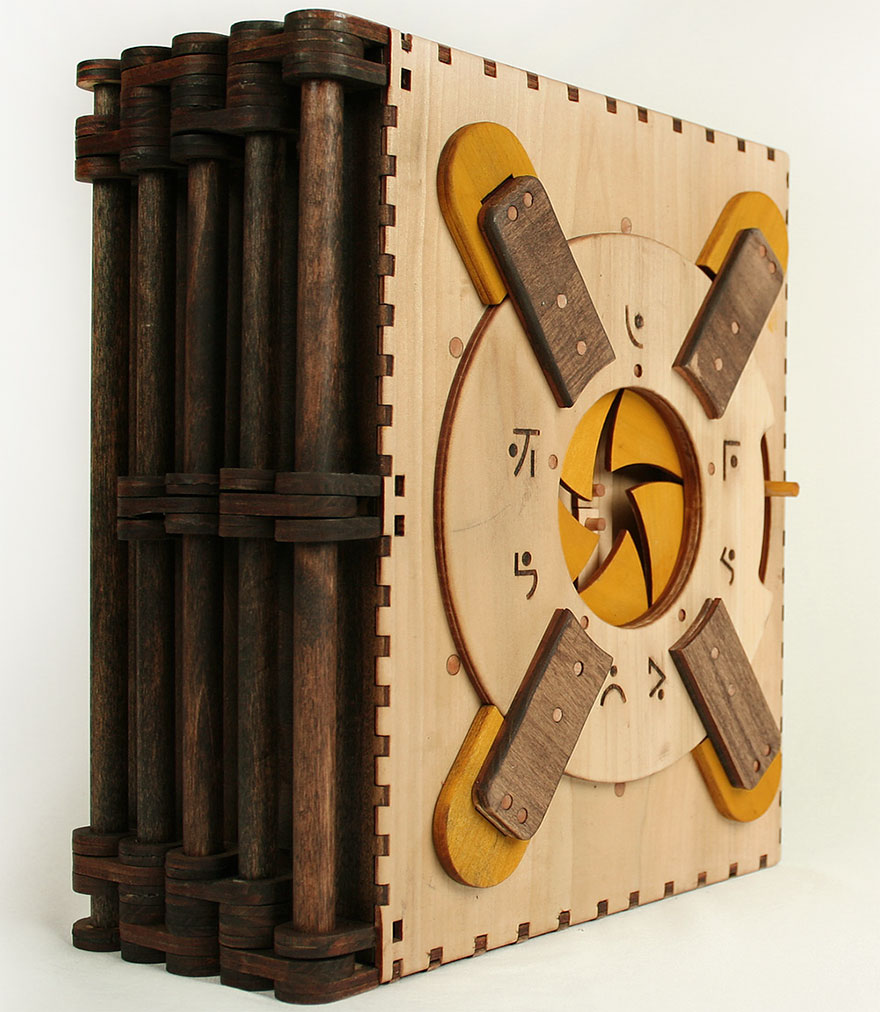 The first page is known as the Mechanical Iris, the portal that pulls in the apprentice after he attempts to open the puzzle book. Can you figure what is preventing the Iris from opening too? 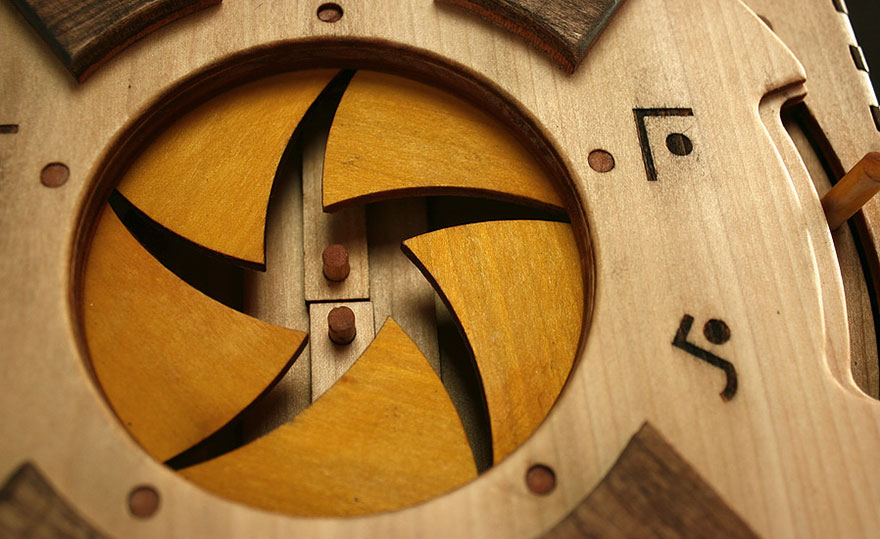 On the second page the user will encounter the Rotating Maze. A central dais and a peg must be used in a unique, dual-like motion in order to traverse the maze; however the catch is that the dais also hides the maze from the user’s view. How can you navigate a maze when you can’t even see where you are going? 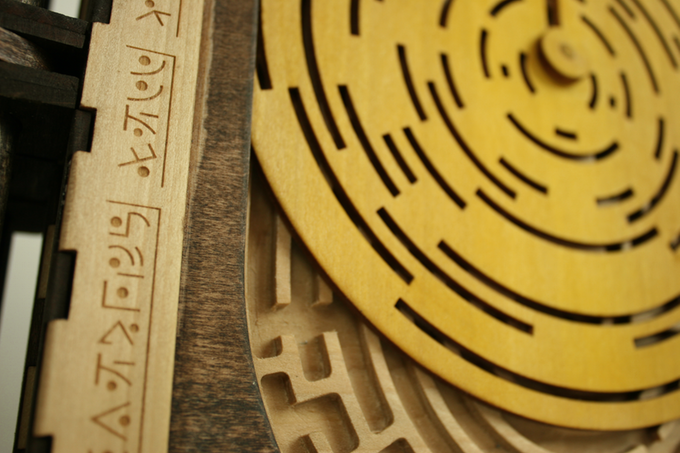 The third page is called Geneva Gears, featuring a Geneva Wheel Mechanism and a series of gears hidden beneath a floor with various channels running throughout it. There are also six wheels which are also attached to gears of their own. The puzzler must place the gears in their respective places in order to unlock the page, but there are more slots than gears, so where do they fit? (Side Note: The final version of this page may feature changes to the design layout) 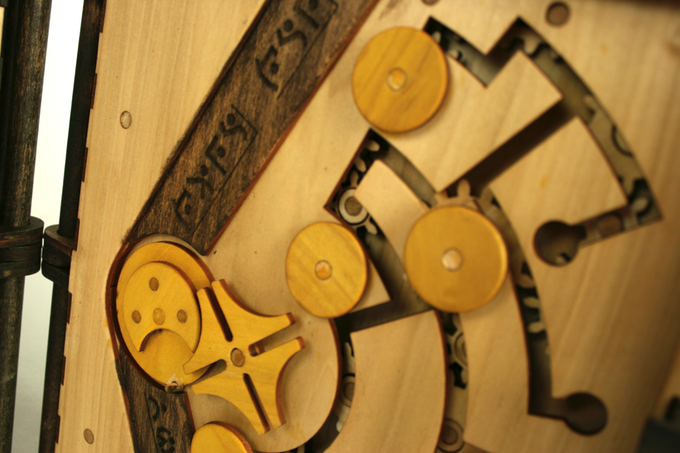 The fourth page has the unusual name of Paradox Sliders. There are fourteen sliders present and you are told that they all must be properly aligned in their respective positions in order to unlock the holding hooks and releasing the bolts. Guessing could work but that could also take forever, so how do you figure out the order of the sliders? (Side Note: The final version of this page may feature changes to the design layout) 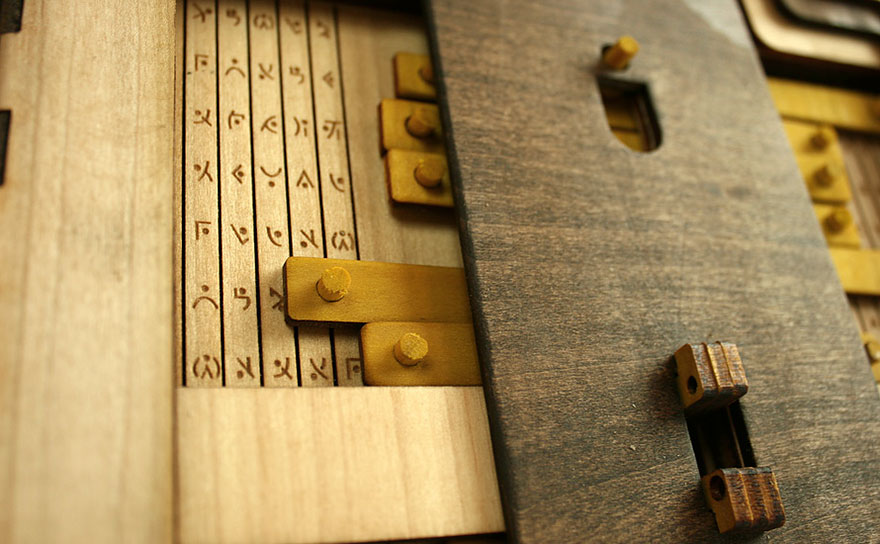 The fifth and final page is all that remains between the apprentice & his freedom and you & your hard-earned reward. The problem is the page is locked with a four rune code in a language unlike any other. What do the runes even mean? 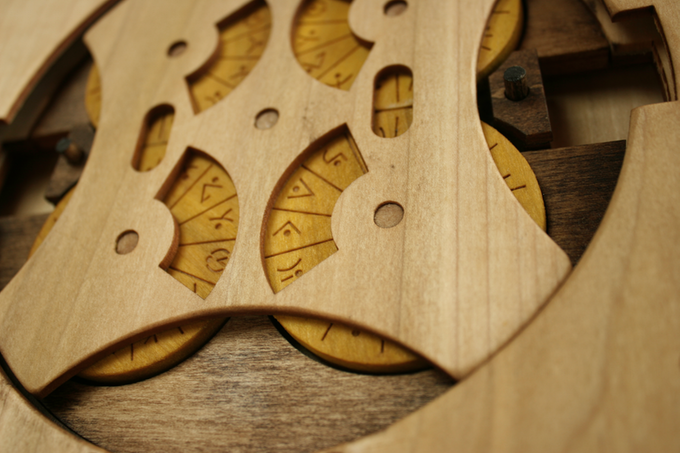 How awesome is this? If you want one then head over to Kickstarter and get your name on the waiting list!