Recently a little boy named Joshua was reported missing by his worried mother. Minutes later, she discovered the worst. Joshua had tragically drowned in a backyard pool. Officer Damon Cole was the first person to respond. He found Joshua, pulled him from the water and did everything he possibly could to save the boy’s life. Since the tragedy, not a day goes by that Officer Cole doesn’t think of Joshua and pray for him and his family.

When Officer Cole pulled Joshua from the pool, he noticed what the boy was wearing — a Spider-Man T-shirt and Spider-Man sneakers. It came as no surprise to learn that Spider-Man was Joshua’s #1 favorite superhero. 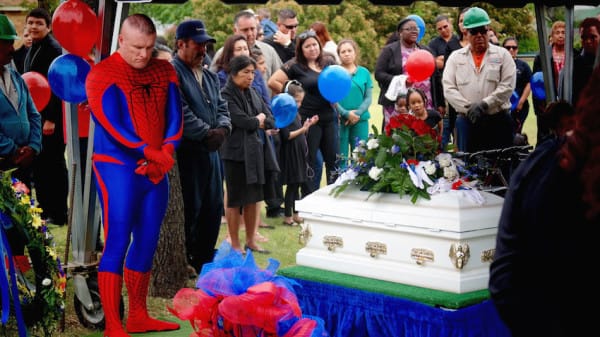 Joshua’s family invited Office Cole to Joshua’s funeral, not thinking that he’d show up. However, in a touching and bittersweet gesture, Officer Cole didn’t just show up to the funeral but he came in Joshua’s favorite Spider-Man costume. He wanted the boy to be laid to rest next to his favorite superhero. 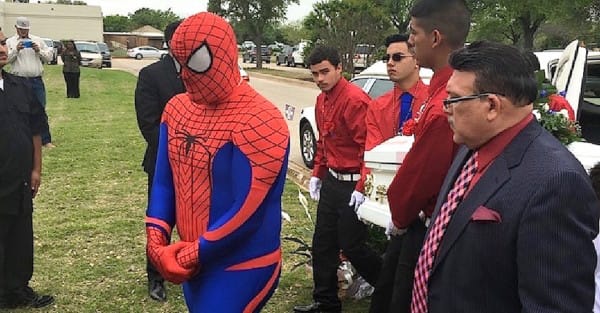 Officer Cole is known for driving his custom Superman Dodge Charger to visit kids with cancer dressed up as various superheroes. He said he was honored when Joshua’s family asked him to wear his Spider-Man costume for the funeral. 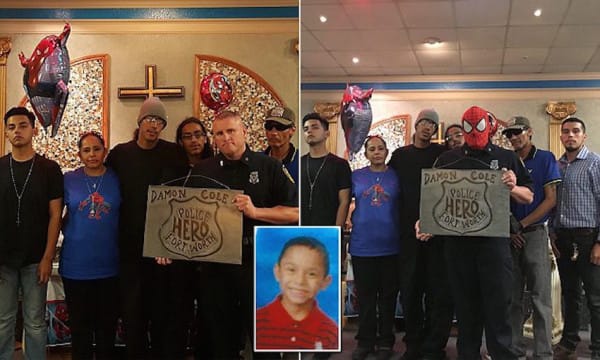 Hundreds of people attended Joshua’s funeral. A few of Joshua’s family friends also knew about his love for Joshua so they came dressed up at Spider-Man as well.

The entire time, Officer Cole stood there dressed as Spider-Man, right beside the casket. 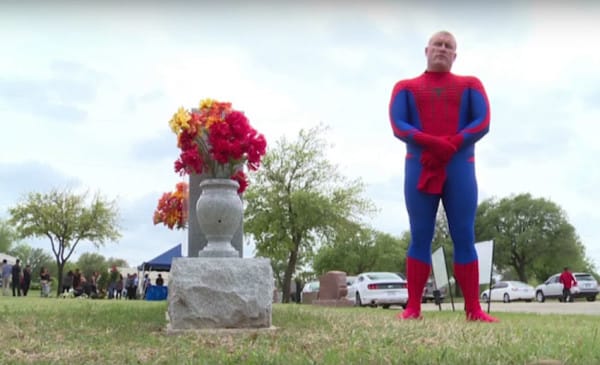 Joshua was buried in his own Spider-Man costume. His family says Officer Cole’s tribute is helping them find peace.

You can watch the touching story in his words in the short 1 minute video below:

Please share this with your friends and family today.