My oldest daughter, Jenna, recently said to me, “My greatest fear as a child was that you and mom would get divorced. Then, when I was 12, I decided that you fought so much that maybe it would be better if you did.” Then she added with a smile. “I’m glad you guys figured things out.”

For years, my wife, Keri, and I struggled. Looking back, I’m not exactly sure what initially drew us together, but our personalities didn’t quite match up. And the longer we were married the more extreme the differences seemed. Encountering “fame and fortune” didn’t make our marriage any easier. In fact, it exacerbated our problems. The tension between us got so bad that going out on book tour became a relief, though it seems we always paid for it on re-entry. Our fighting became so constant that it was difficult to even imagine a peaceful relationship. We became perpetually defensive, building emotional fortresses around our hearts. We were on the edge of divorce and more than once we discussed it.

I was on book tour when things came to a head. We had just had another big fight on the phone and Keri had hung up on me. I was alone and lonely, frustrated and angry. I had reached my limit.

That’s when I turned to God. Or turned on God. I don’t know if you could call it prayer — maybe shouting at God isn’t prayer, maybe it is — but whatever I was engaged in I’ll never forget it. I was standing in the shower of the Buckhead, Atlanta, Ritz-Carlton yelling at God that marriage was wrong and I couldn’t do it anymore. As much as I hated the idea of divorce, the pain of being together was just too much. I was also confused. I couldn’t figure out why marriage with Keri was so hard. Deep down I knew that Keri was a good person. And I was a good person. So why couldn’t we get along? Why had I married someone so different than me? Why wouldn’t she change?

Finally, hoarse and broken, I sat down in the shower and began to cry. In the depths of my despair powerful inspiration came to me. You can’t change her, Rick. You can only change yourself. At that moment I began to pray. If I can’t change her, God, then change me. I prayed late into the night. I prayed the next day on the flight home. I prayed as I walked in the door to a cold wife who barely even acknowledged me. That night, as we lay in our bed, inches from each other yet miles apart, the inspiration came. I knew what I had to do.

The next morning I rolled over in bed next to Keri and asked, “How can I make your day better?”
Keri looked at me angrily. “What?”

“How can I make your day better?”

“Because I mean it,” I said. “I just want to know what I can do to make your day better.”

She looked at me cynically.

“You want to do something? Go clean the kitchen.” 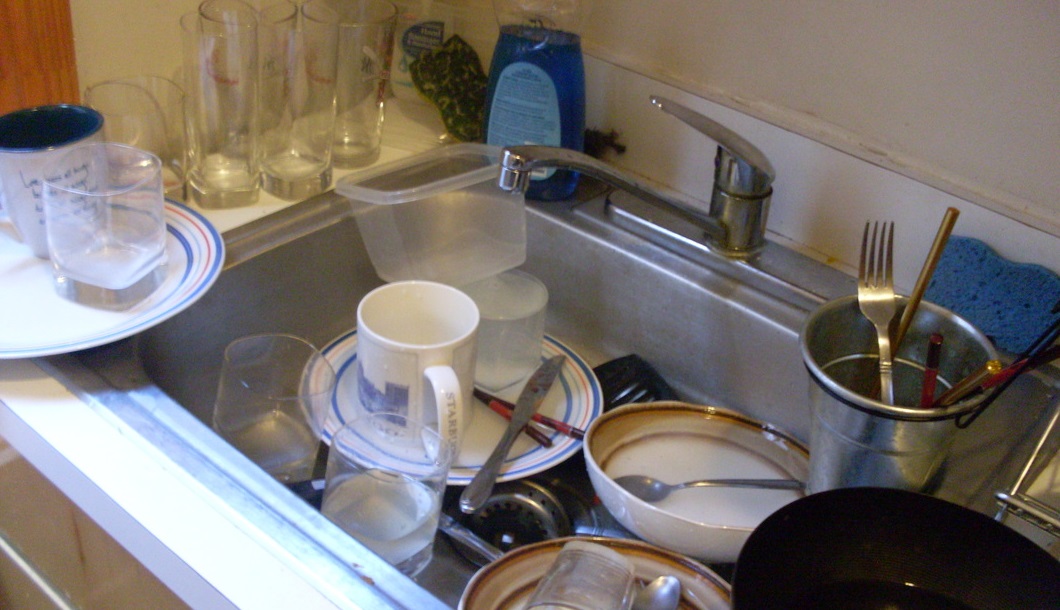 She likely expected me to get mad. Instead I just nodded. “Okay.”

I got up and cleaned the kitchen.

The next day I asked the same thing. “What can I do to make your day better?”

Her eyes narrowed. “Clean the garage.”

I took a deep breath. I already had a busy day and I knew she had made the request in spite. I was tempted to blow up at her.

Instead I said, “Okay.” I got up and for the next two hours cleaned the garage. Keri wasn’t sure what to think. The next morning came.

“What can I do to make your day better?”

I made a commitment to myself. “What can I do to make your day better?” “Why are you doing this?” “Because I care about you,” I said.

The next morning I asked again. And the next. And the next. Then, during the second week, a miracle occurred. As I asked the question Keri’s eyes welled up with tears. Then she broke down crying. When she could speak she said, “Please stop asking me that. You’re not the problem. I am. I’m hard to live with. I don’t know why you stay with me.” 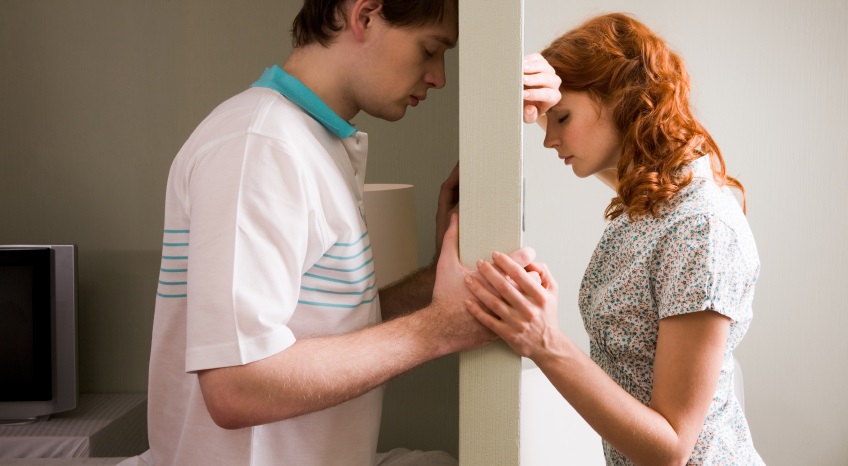 I gently lifted her chin until she was looking in my eyes. “It’s because I love you,” I said. “What can I do to make your day better?” “I should be asking you that.” “You should,” I said. “But not now. Right now, I need to be the change. You need to know how much you mean to me.” She put her head against my chest. “I’m sorry I’ve been so mean.” “I love you,” I said. “I love you,” she replied. “What can I do to make your day better?” She looked at me sweetly. “Can we maybe just spend some time together?” I smiled. “I’d like that.” I continued asking for more than a month. And things did change. The fighting stopped. Then Keri began asking, “What do you need from me? How can I be a better wife?”

The walls between us fell. We began having meaningful discussions on what we wanted from life and how we could make each other happier. No, we didn’t solve all our problems. I can’t even say that we never fought again. But the nature of our fights changed. Not only were they becoming more and more rare, they lacked the energy they’d once had. We’d deprived them of oxygen. We just didn’t have it in us to hurt each other anymore.

Keri and I have now been married for more than 30 years. I not only love my wife, I like her. I like being with her. I crave her. I need her. Many of our differences have become strengths and the others don’t really matter. We’ve learned how to take care of each other, and, more importantly, we’ve gained the desire to do so. Marriage is hard. But so is parenthood and keeping fit and writing books and everything else important and worthwhile in my life. To have a partner in life is a remarkable gift. I’ve also learned that the institution of marriage can help heal us of our most unlovable parts. And we all have unlovable parts.

Through time I’ve learned that our experience was an illustration of a much larger lesson about marriage. The question everyone in a committed relationship should ask their significant other is, “What can I do to make your life better?” That is love. Romance novels (and I’ve written a few) are all about desire and happily-ever-after, but happily-ever-after doesn’t come from desire—at least not the kind portrayed in most pulp romances. Real love is not to desire a person, but to truly desire their happiness—sometimes, even, at the expense of our own happiness. Real love is not to make another person a carbon copy of one’s self. It is to expand our own capabilities of tolerance and caring, to actively seek another’s well being. All else is simply a charade of self-interest.

I’m not saying that what happened to Keri and me will work for everyone. I’m not even claiming that all marriages should be saved. But for me, I am incredibly grateful for the inspiration that came to me that day so long ago. I’m grateful that my family is still intact and that I still have my wife, my best friend, in bed next to me when I wake in the morning. And I’m grateful that even now, decades later, every now and then, one of us will still roll over and say, “What can I do to make your day better.” Being on either side of that question is something worth waking up for.

About the Author: Richard Paul Evans is the #1 New York Times and USA Today bestselling author of more than 25 novels. There are currently more than 20 million copies of his books in print worldwide. Richard has won the American Mothers Book Award, two first place Storytelling World Awards, The Romantic Times Best Women’s Novel of the Year Award, the German leserpreis Gold Award for Romance and three RCC Wilbur Awards. Four of Richard’s books have been produced as television movies. Richard is the founder and Chairman of the Christmas Box International, an organization that provides shelter and care for abused and neglected children. For his humanitarian work, Richard has received the Washington Times Humanitarian of the Century Award and the Volunteers of America National Empathy Award. Richard lives in Salt Lake City with his wife, Keri, and their five children.