Recently in South Carolina, USA, police Officer Allen Jacobs was shot and killed on duty by a 17-year-old gunman. The fallen hero left behind his wife, Meghan. At the time of the devastating tragedy, Meghan was pregnant with the couple’s first child.

Now, Meghan is sharing her gut-wrenching maternity pictures captured during an emotional five-hour photo shoot…and there’s a twist in her photos. 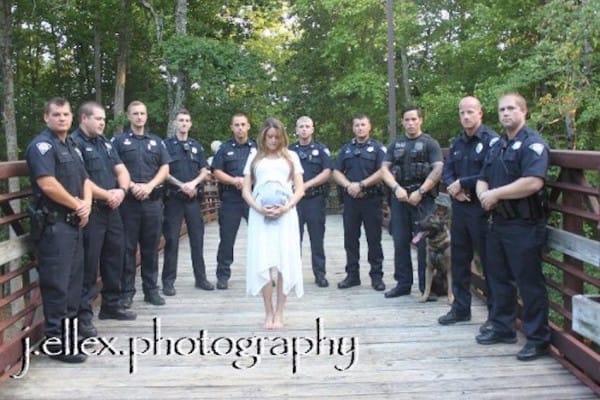 Meghan is pregnant with the couple’s first child, a baby girl.

On Father’s Day 2016, Meghan decided to pose for a series of photos as a way to honor her late husband and fallen hero. 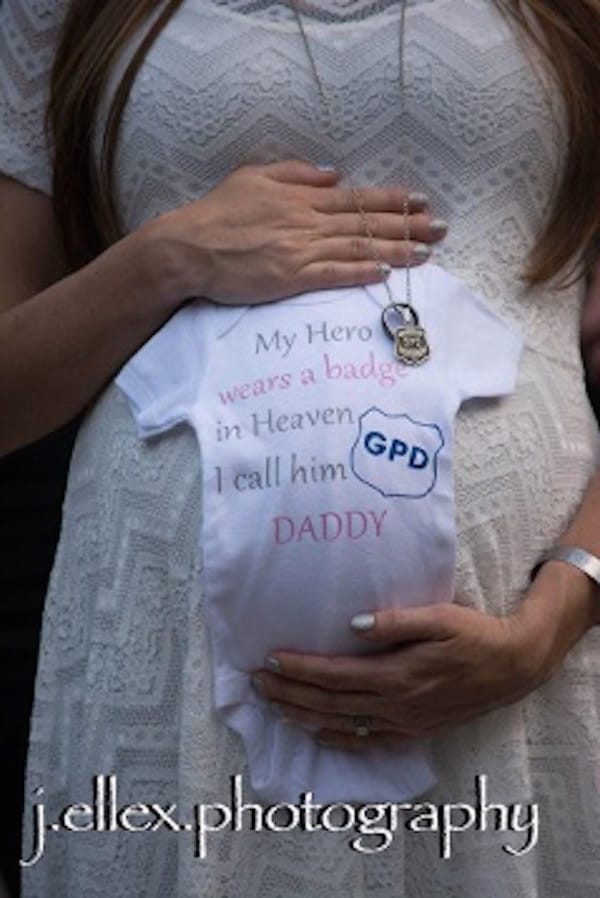 In her photos, Meghan decided to also honour her husband by hanging his police badge tied to a blue ribbon, around her neck. In most of the photos, the badge symbolically rests on her baby bump. 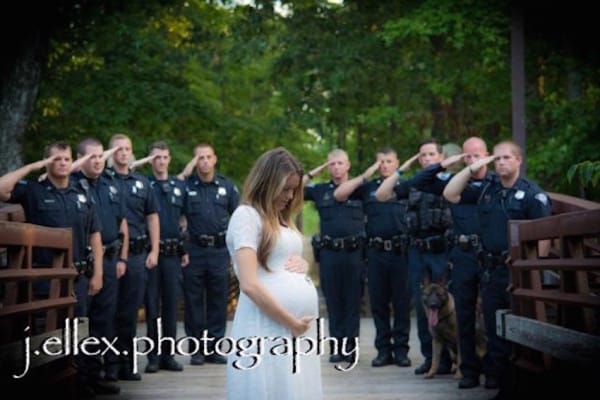 A group of police officers from their town were honored to take part in the photo shoot.

“Meghan had the idea to include the policeman in her photos, since she had to do this without her beloved husband,” Ellex said. “They are now her protectors.” 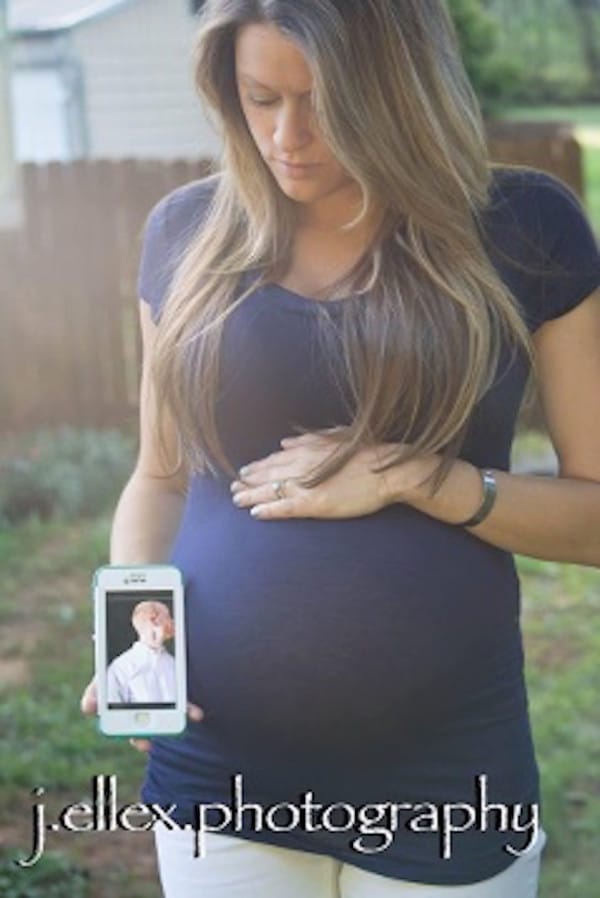 Another photo shows Meghan holding her iPhone to her stomach, a shot which was originally from Meghan’s engagement photos. “I worked two days to edit that photo to include him in one of the pictures,” Ellex says. “And that one is one of my favorites.” 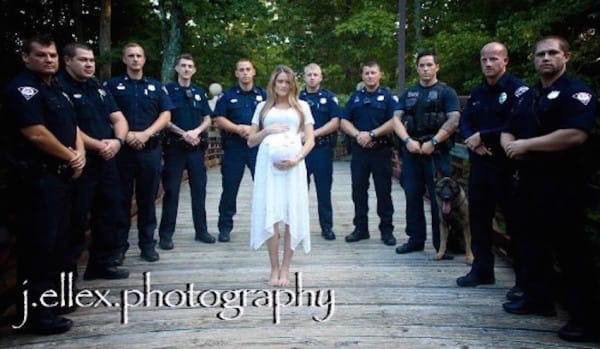 Ellex also says that when baby Lennox is born, she and Meghan plan to mimic these maternity photos to show Lennox that she will always be protected no matter what, and that her father’s spirit lives on in her. 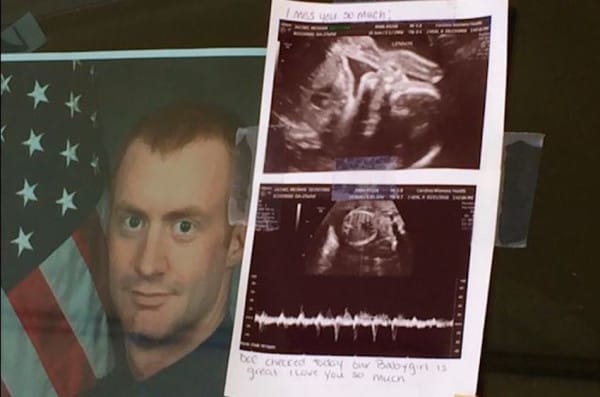 Meghan also attached two ultrasound photos to her husband’s memorial, along with a personal note:

“I miss you so much! Doc checked today. Our Baby girl is great. I love you so much.” 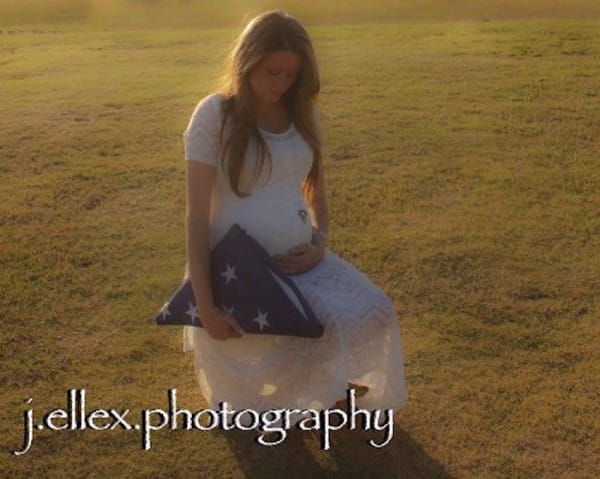 The world lost a police officer, but we lost our dear friend, husband, father, son and brother,” Ellex said.

“I hope that my photographs can help (Meghan) heal and others who may be going through the same situation.”

What an incredible tribute to a fallen hero and his precious baby girl. Please SHARE these photos with your friends on Facebook.