When Sarah and Bill Thistlethwaite found out they were having twins, they were over the moon. But they crash landed back on earth when the doctors told them they were having monoamniotic twins. Monoamniotic twins, or “mono mono” twins, are siblings that share the same amniotic sac, and they’re at risk for many significant complications during pregnancy. Mono mono twins face just a 50% survival rate, so the odds were stacked against them.

Sarah went into labor and delivered her twins – luckily both healthy! But there was one more thing… not only did the twins beat the odds against monoamniotic twins, they also came out holding hands! 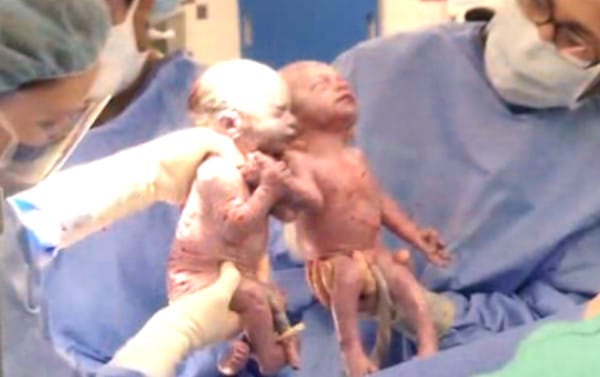 The twins are named Jillian and Jenna.

“Once they made sure they were OK, they held them up so mom and dad could see,” said Amy Kilgore, a hospital spokesperson who was there for the birth. “As soon as they were side by side, they held hands. It gave me chills.” 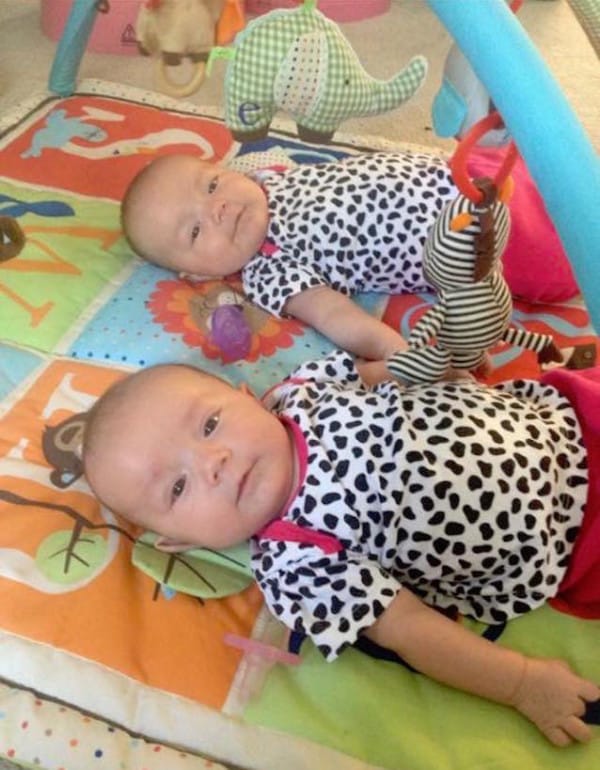 Sarah actually spent 57 days on bed rest to minimize the risks of her pregnancy. Thankfully, she gave birth to these healthy little girls via Caesarean section at just 33 weeks! 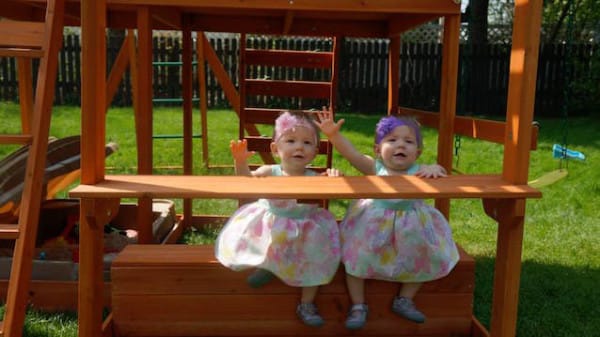 When the twins were born, everyone was shocked to see their hands.

“My heart just melted,” Sarah said. “Even my husband had tears in his eyes – I don’t know that anybody in the room had a dry eye.” 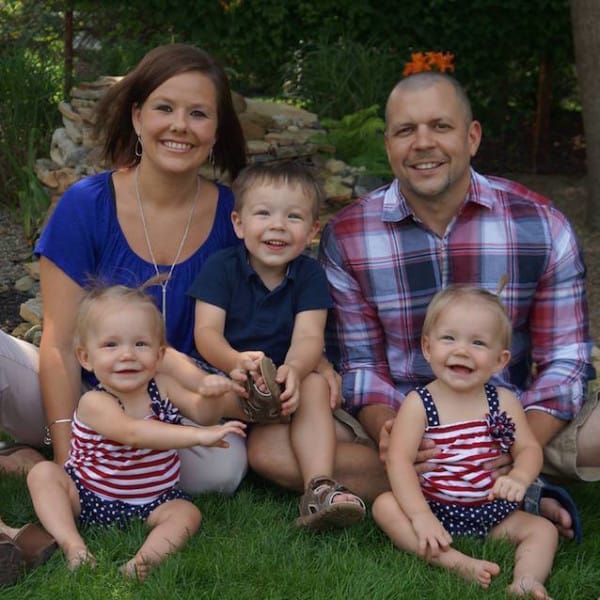 The twins are so close now, they don’t like to be separated. Not even for simple errands!

“Sometimes if my husband goes to the store, he’ll take one twin and I’ll keep the other,” Sarah said. “When that happens, they both get really upset and ask for each other. They’re definitely really close. They’re like two peas in a pod.”

Don’t forget to SHARE these beautiful girls and their wonderful family with your own friends and family!