Jim Gip, a husband and father from California, recently embarked on his first vacation in 23 years — without his wife, Kim.

How would he manage without her? After all, he has always relied on Kim to take care of him like wives often do for their husbands.

While Jim packed for his trip to Las Vegas with some male friends, his wife and her friend decided to give him a small yet thoughtful token before he left. 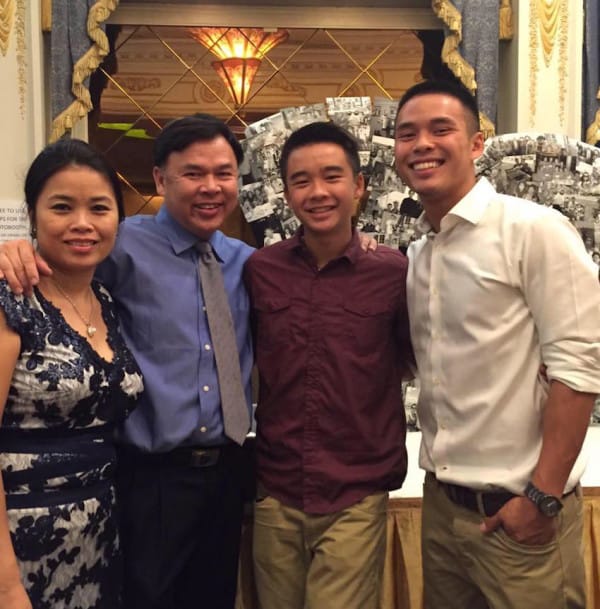 Jim was going to Las Vegas on a guy’s trip, so Kim and her friend Patty came up with a funny idea for a gift that turned into something much more tangible. 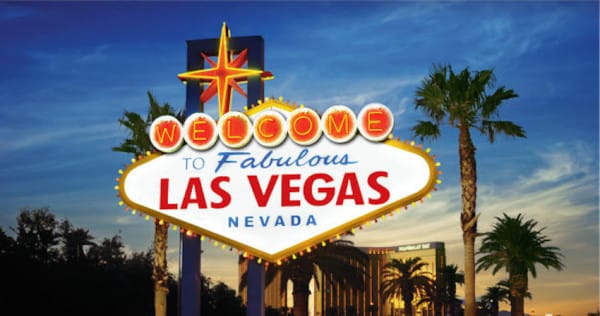 In the effort to prevent Jim from getting lost on his trip, Kim typed out a “lost-and-found” lanyard for him to wear around his neck — complete with her phone number and instructions if he should lose his way.

Kim texted a photo of the tag to their adult son Brandon, who thought it was hilarious. 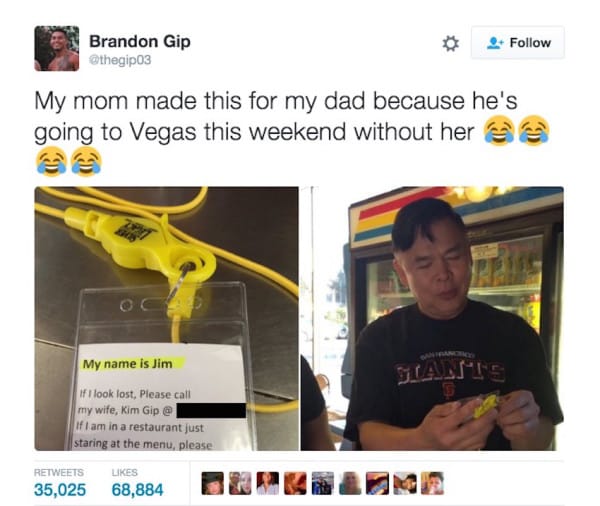 If I am in a restaurant just staring at the menu, please order me some sort of Asian food, especially white rice.

I’ve never been away from my wife, who does everything for me. 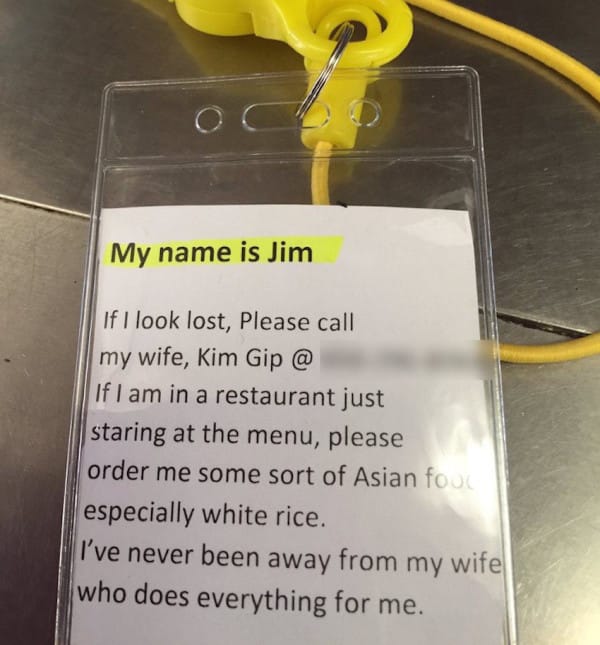 Jim also found the lost-and-found tag so funny that he happily packed it along with the rest of his belongings. 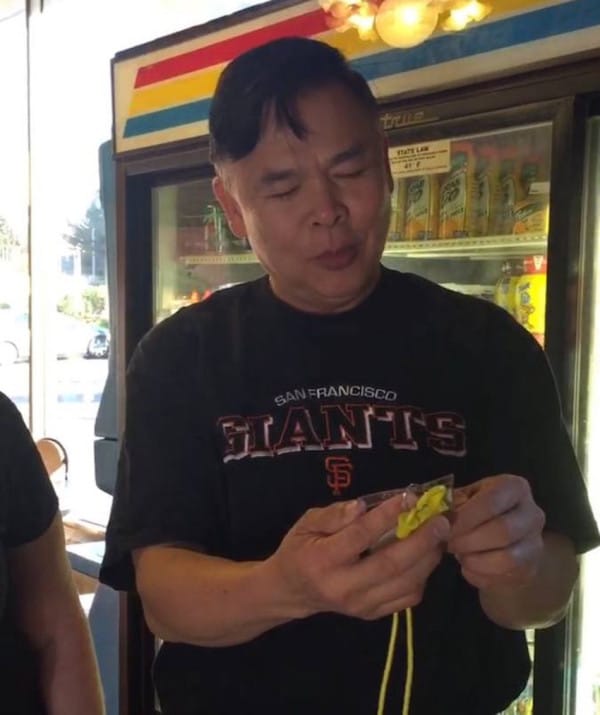 Brandon shared the story on his Twitter page where it went viral with 70,000 likes and 40,000 retweets. People all over the world are quickly falling in love with the Gip family. 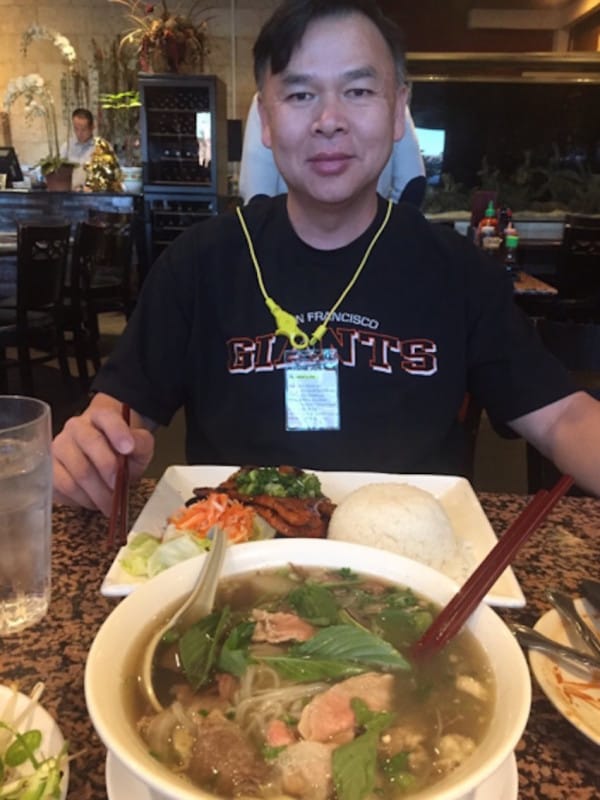 And it looks like Kim’s gift worked like a charm. Jim’s friend snapped a picture of him wearing it at a Las Vegas restaurant… with his favorite meal!