Recently on Tumblr, a controversial post was written by a user who was complaining how it seemed like almost all Disney princesses are white. She listed out examples from recent movies like Frozen and Brave where there doesn’t seem to be much diversity in the princess stars.

After going on for a while, this guy had enough and wrote a response that you may or may not agree with. He writes:

“Yes, they [the princesses] are white. Would you like to know why?

Rapunzel is a German story. Do you want to know what color the people in Germany are? They’re pretty white, I mean I live in Germany and yeah even now the diversity isn’t that great. A vast majority of the people are white.

And Frozen is based off a story by Hans Christian Andersen. Do any of you know ehere that guy is from? He’s Danish. Wanna know what color Danish people usually are? White.

And Brave. That film is set in Ireland. DO YOU KNOW WHAT COLOR PEOPLE FROM IRELAND ARE??? THEY ARE SO WHITE IT’S RIDICULOUS. 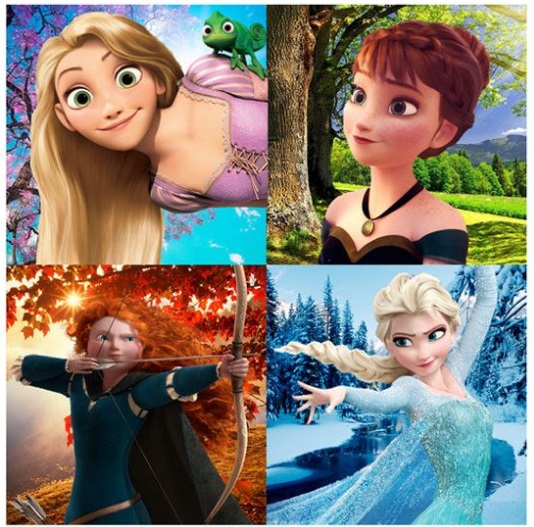 And let me just say too that there are plenty of ethnic Disney ladies. Jasmine. Pocahontas. Esmeralda. Tiana. And do you know WHY they are ethnic? Because it makes sense with the story. Do you know WHY the others are white? Because of the setting of their stories! Beauty and the Beast is set in 19th century France. It makes sense that she’s white.

DISNEY DOES NOT WHITEWASH. WHITEWASHING WOULD BE IF THEY TOOK PRINCESS JASMINE FROM A STORY BASED ON ARABIAN NIGHTS AND GAVE HER BLOND HAIR AND WHITE SKIN AND NAMED HER JESSICA.”

What do you guys think of this? Does he have a point of is Disney guilty of some implicit racism?

Share this interesting and controversial topic with your friends today.