LynnMarie is a mom of a 9 year old son named James. Not only is James autistic, he also has Down Syndrome. But despite these conditions, James and LynnMarie are trying every day to make the most out of life.

Ever since he was really young, James has used an iPad to learn and communicate with others. It’s been a great tool for the family to help James develop, and when it broke, LynnMarie was determined to buy her son a new one.

The two headed for the local mall where an Apple Store was. While inside the store, James decided to have some fun and stared running around. However, he was unaware of a glass wall, and he slammed straight into it painfully, head-first.

LynnMarie immediately rushed to her son’s side, checking to see if he was okay. As she knelt down, an Apple Store employee approached the two and did something unexpected. This is what LynnMarie says:

I’m writing to let you know how great your employee was to me and my son, James, yesterday when we came to the store to buy a new iPad.

When James was about three-years-old we bought him his first iPad. It turned out to be more than a device to watch videos. It became a way to help James communicate. 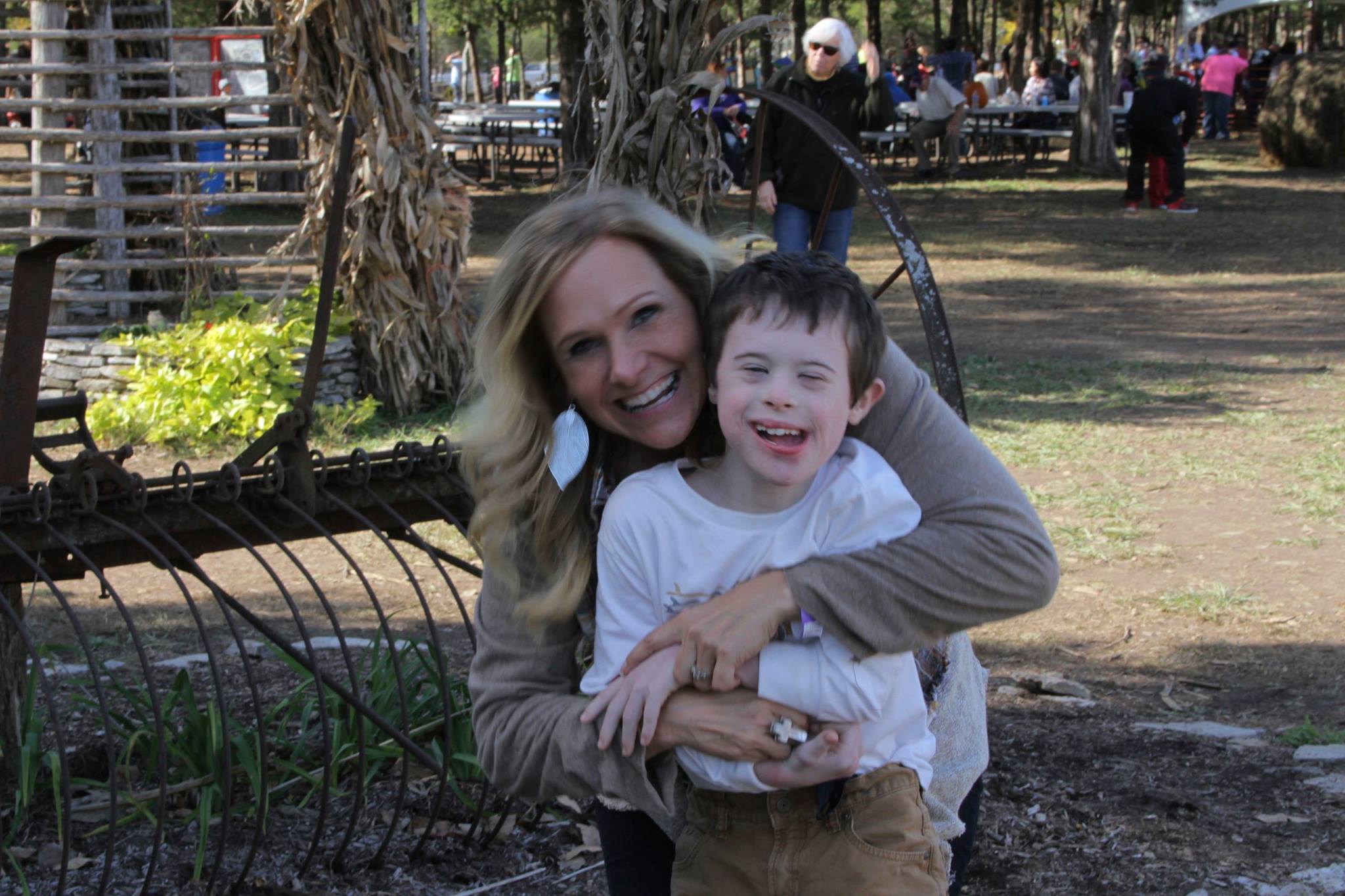 Because James was born with Down Syndrome, and at six-years-old was diagnosed with Autism, we use his iPad everyday as a learning tool.

Sadly, even with a life-proof cover, after seven years of use, James’ first iPad was no longer working. We had replaced the screen several times and it just kept breaking. It was obviously time for a new one!” 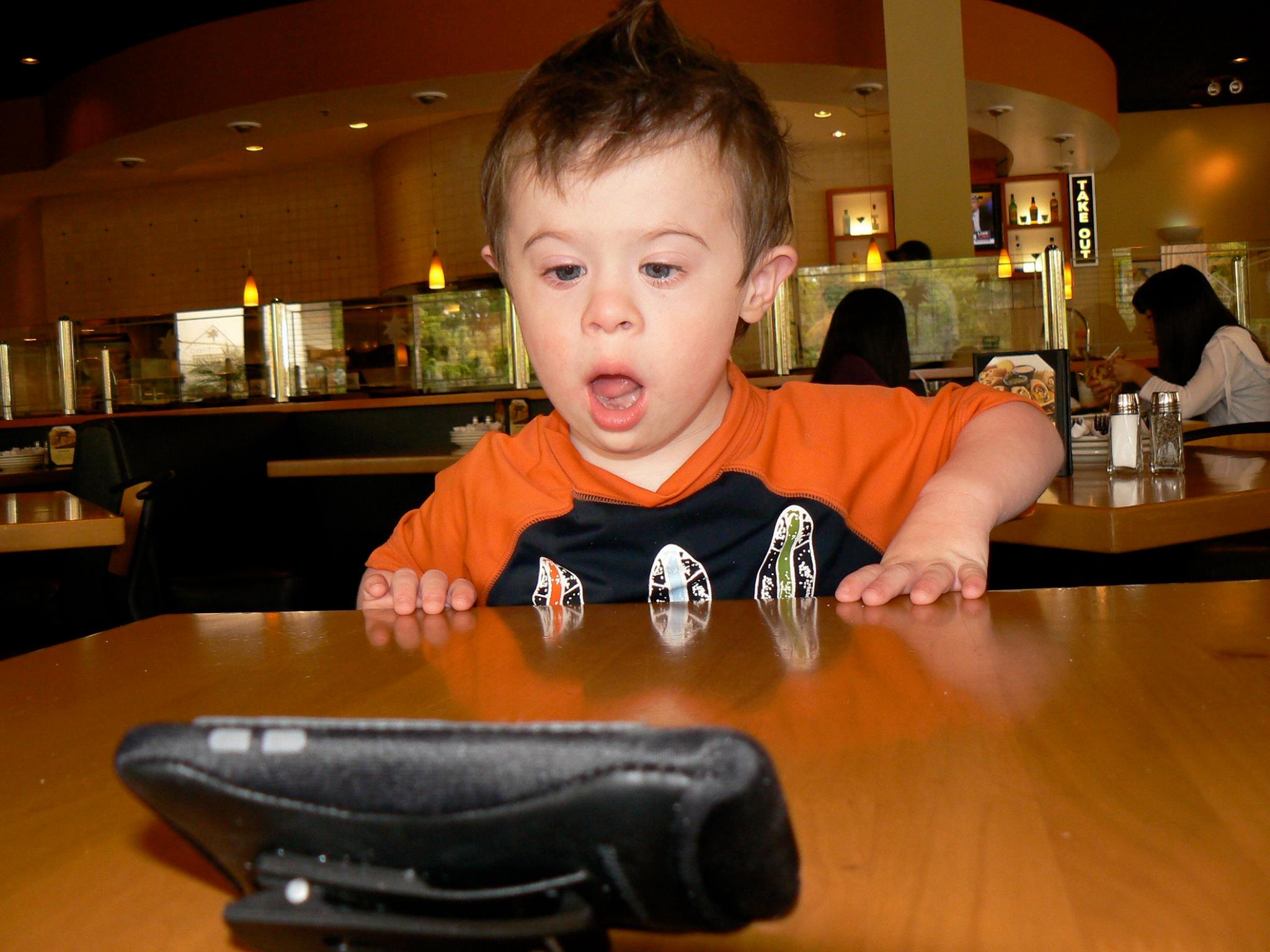 “On Thursday, James and I made our way to the Apple Store in Green Hills. While looking at the iPads James must have seen something that sparked his interest in the mall, and he took off running full speed out the door. The problem was he wasn’t at the door, but at the clear glass wall. He slammed into the wall full force which knocked him over. The entire store gasped as they heard the sound of James’ head hitting the glass and then the floor.

I ran to him and tried to comfort him. James has a very high tolerance for pain, so his tears and ‘fat lip’ were brief. Mine however were not. As I hugged him sitting on the floor your employee came over and sat down next to me. He asked if he was okay and if there was anything he could do. I think it was at this point that he realized James had special needs.” 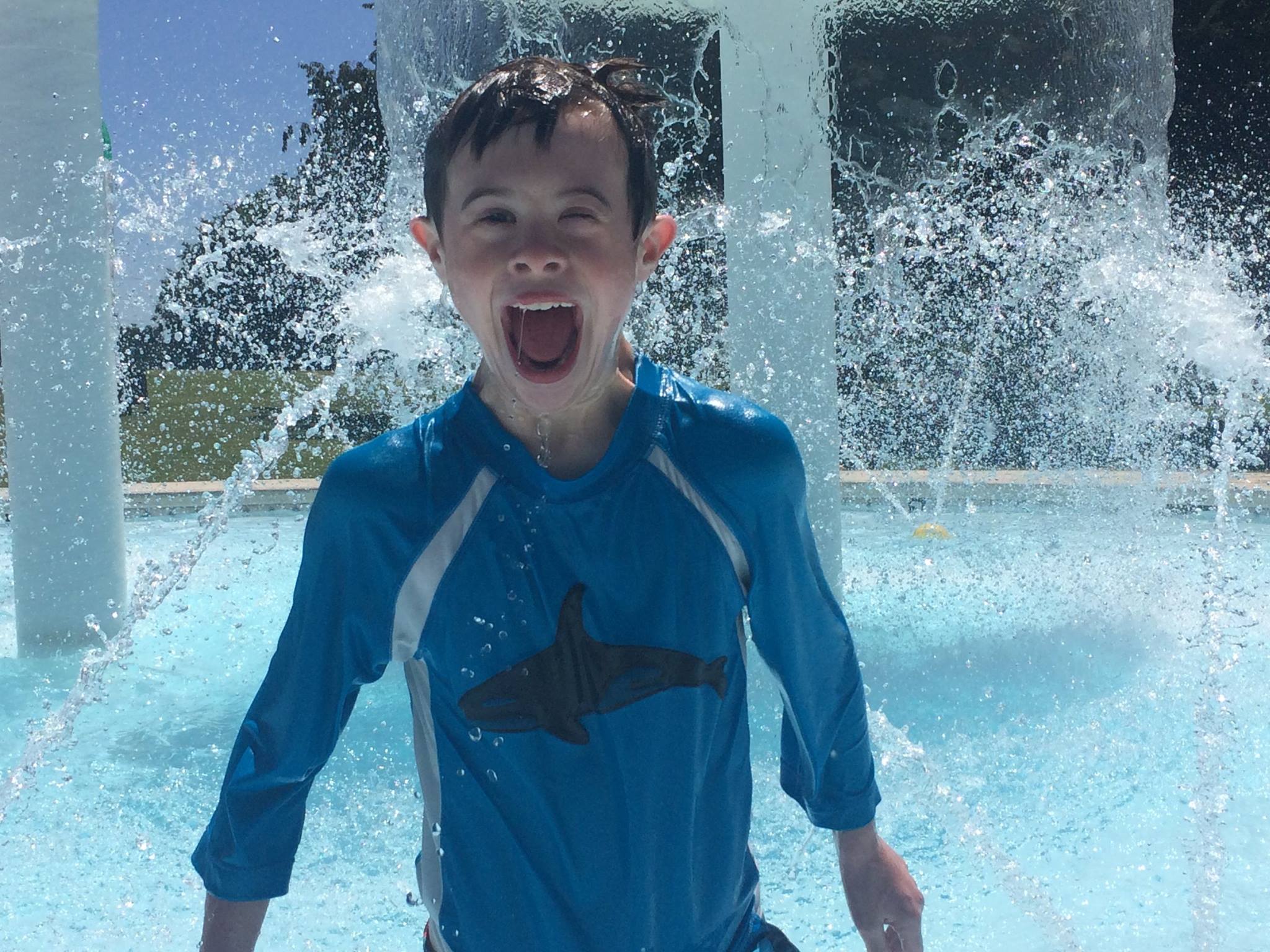 “‘I think we’re gonna be okay,’ I said. ‘But it looks like he’s gonna have quite a goose egg on his forehead.’ Your employee asked, ‘What can I do for you?’ (I wanted to ask for a margarita or a donut but I was pretty sure they didn’t have any of those in that secret back room.)

I said, ‘Well, we actually came here today to buy an iPad which was donated to James, but if we’re going to proceed would you be willing to sell it to us and set it up… down here on the floor?’” 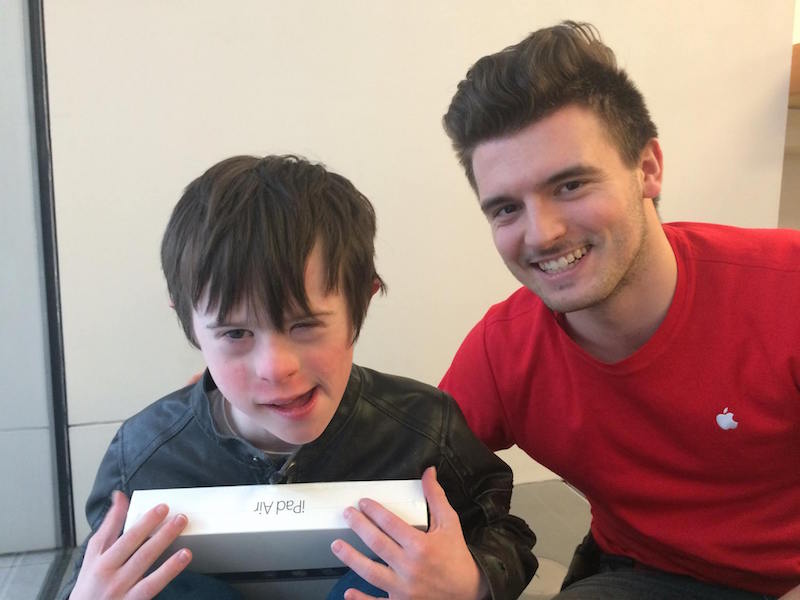 “And so he did. Your awesome employee sat with James on the floor of the store and set up the new iPad. There are no words to accurately describe how grateful I am that he took the time to ‘meet us right where we were.’ He didn’t have to sit down on the floor with us. He could have easily waited for us to stand. Could have easily waited for us to come back another day. But he hung out with us in the midst of our pain. He even got a fist bump from James, and I snapped this photo.

Life is a learning journey. And I walked away from this experience with the reminder to always meet people where they are at. It’s so easy to be so focused on our own mission or plan (or sale) that we fail to see what people really need. I long to be better at this. I long to not be so self-absorbed that I never miss an opportunity to love exactly like someone needs in the moment.”

Please SHARE this incredible employee’s act of kindness with everyone you know. We can all learn from this man!